NY Grounds for Divorce: Do I Need Proof of Infidelity?

NY Grounds for Divorce: Do I Need Proof of Infidelity? 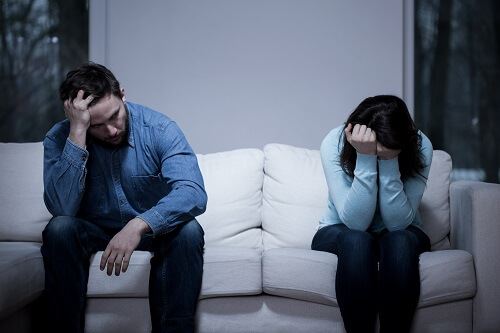 One of the most commonly held misconceived notions regarding divorce in New York is that a couple cannot separate unless they are able to prove some sort of marital misconduct such as adultery. While this may have been partially true in the past, new legislation has changed the acceptable grounds for divorce within the state. Up until 2010, New York couples were unable to pursue a true “no-fault” divorce without first officially separating or proving that a spouse engaged in some sort of misconduct, such as infidelity or abandonment. Now, couples are able to seek a divorce by citing an “irretrievable breakdown” of their relationship for a period of at least six months. In other words, spouses can now divorce simply because they no longer get along anymore.

While adultery was the only grounds for granting of a divorce in New York for quite some time, it is now one of the least effective ways for a spouse to attempt to get out of their marriage. Under state law, allegations of adultery must be proven in court in order to get a divorce on that basis.

Call (845) 605-4330 today to schedule a free consultation with a Dutchess County divorce lawyer.

Is Adultery a Crime in New York?

According to New York State Penal Law 255.17, adultery is still considered a crime in New York. Adultery is a Class B misdemeanor, though it is extremely rare for anyone to be prosecuted for it.

What Exactly Is Considered Adultery?

Adultery is defined under state law as an act of sexual or deviate sexual intercourse voluntarily performed by a defendant spouse with someone other than their spouse during their marriage. With that being said, the spouse who was cheated on may not testify in court against the adulterous spouse themselves. Instead, witnesses must be called who are willing and able to convincingly testify that the defendant spouse did in fact engage in the alleged acts of infidelity. Even if this can be proven, however, there are several defenses that a defendant spouse can employ to prevent a fault-based divorce.

While spouses may still pursue a fault-based divorce if they can prove their husband or wife’s infidelity, this will often lead to an emotionally taxing and drawn-out battle in court. In many cases, the potential advantages that a spouse may gain by filing a fault-based divorce are far outweighed by the associated agony and expense.

While spouses in adulterous marriages may feel frustrated and may wish to exact their revenge of some kind, filing for a fault-based divorce is often not worth airing their dirty laundry before a judge. For this reason, most good divorce attorneys will advise against this and assert that a no-fault divorce is the more desirable course of action.

If you are approaching a divorce or are already knee-deep in the process, the knowledgeable Dutchess County divorce attorneys at the Law Office of Dennis R. Vetrano, Jr., LLC are here to help. Backed by many positive client testimonials and a solid track record of success, our attorneys have what it takes to ensure your best interests are guarded every step of the way during this time of transition. Get in touch with our office online to review your legal options.